What is Animal Communication? (Book Excerpt) 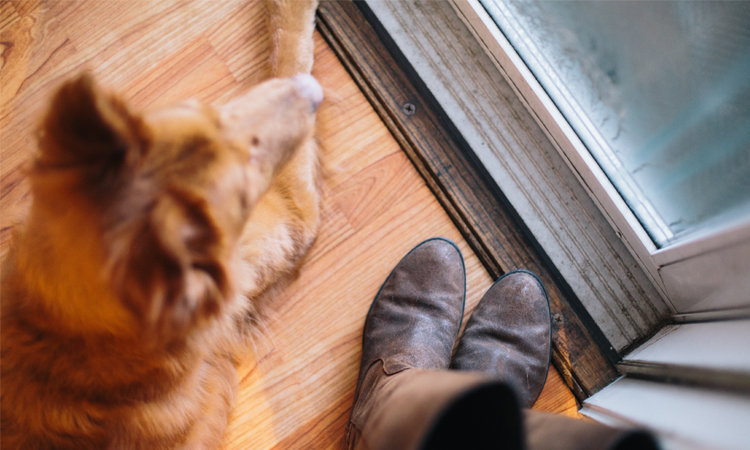 The following is an excerpt from the forthcoming book:
Animals Are Whos Too:
What Animals Teach Me about Life, Love and the Universe
By Patricia Aaron Carr

What is Animal and Nature Communication?

How did I feel Aramis say something to me? Was it just physical cues? Surprisingly, these are questions that simply did not arise in me. Everyone who said “He&rsquo;ll let you know&rdquo; was correct. I had no doubt that I felt Aramis&rsquo; statement. I understood it as clearly as hearing any statement with my physical ears from a human.

Is telepathy an esoteric phenomenon? With what kind of regularity can it occur? How is it possible? And, even if telepathy is possible, do animals have a level of consciousness that corresponds to the human consciousness so that we could engage in profound communication?

I know that you are reading this because you have a belief that humans and animals have relationships that reach to the level of the soul. I know that you feel the power of being composed of the Earth, herself. Even if you think you are reading this as a skeptic, you are attracted to this because you have a desire and a knowing that we experience love with animals and nature in a manner that is complete, thorough, nuanced and intelligent. In this book, I hope to help you give yourself permission to live these truths. I learned theses truths from animals, trees, insects, minerals and elements themselves, honest to God.

And so, what is animal and nature communication?

“Beginning with Einstein, physics has assured us that this solidity is a mirage&hellip; the essential ‘stuff’ of the universe is ‘non-stuff.’ – Deepak Chopra

Everything that can and cannot be perceived is made of energy. This is probably not news to anyone who remembers a bit from a high school science class, listens to spiritual teachers like Deepak Chopra or has a cursory understanding of physics. But, perhaps, many do not daily think about this concept. For me, deeply understanding that we are energy catalyzed a great shift in my perspective; a shift from experiencing my Being as detached and inert in a world of random discord, to the knowing that I am composed of inspired, fluid and pure creativity, and that unification is the paramount reality. In essence, continuing to deepen my understanding of the concept that the universe is made of energy has become the basis of my relationship with animals and nature, with myself and everyone and everything with which I come into contact. How this concept, that everything/one is energy, helps to answer the question, “What is animal and nature communication?” can be discovered in another one of Deepak Chopra’s quotes:

“Where there is energy, there is information.” – Deepak Chopra

In short, animal and nature communication is receiving the information contained in an energy collection that is being expressed as an animal or an element of nature. What I know as my cat, Aramis, is a collection of energy. When Aramis and I shared affection, laughs and even mundane communication like “Please feed me,” we were exchanging information from the energy source we each identified as the self. Pretty simple, right? But there is more to it than this surface kind of information. We, as in everyone/thing, are consistently exchanging volumes of subtle information with one another telepathically, or energetically.

So the next obvious question is: how can you intentionally receive the more subtle energetic information?

A practical example of how we receive information from energy is the radio. Less than 200 years ago, in 1820, scientists began harnessing electromagnetic waves with the intent of “wireless telephony.” Just shy of a century later, the world experienced the first public radio broadcast. In times and cultures preceding the scientific advent of radio communication, had someone suggested that one could throw one&rsquo;s voice across the world in an instant, they may have been hunted down like a witch and tried for blasphemy! For more than a century now, we have been casually flipping on the radio and a D.J. speaks to us in nearly real time to introduce a message from another person whose voice is coming to us from the past via what we know as a recording. Instantaneous remote communication is now common and practical. We aren&rsquo;t even talking about the Internet yet!

So is it so difficult to accept that Aramis sent me a subtle energetic message? Perhaps this practice will be mainstream very soon. Perhaps, soon, science will begin to help us believe in telepathy. But why wait for someone else to give you permission to engage in a part of existence that is fulfilling if you can access it now?

“A miracle is a shift in perception from fear to love.” – Marianne Williamson

Our perception has dramatically shifted from the gripping fear of witches throwing their voices to easily connecting with fellow humans. We share art, ideas, cultural experiences and, to be sure, all of the darker aspects of human expression, every day through methods of electronic communication. Did we invent it? Not truly. Electromagnetic waves always existed. Scientists simply (maybe not so simply) learned how to allow us intentional engagement through radio waves. It’s a miracle!

[1]“If there were one religion that is closest to the truth, the very powerful aspects of the receptive levels of science would be the most accurate, for, indeed my infant, the action of science is a constant state of wonderment… [This makes it] most powerfully close to the truth.” – Dr. James Martin Peebles (1822 – 1922), as channeled by Natalie Gianelli in 2014, in response to the question by filmmaker Kevin Aguilar, “In your opinion, what is the most accurate religion or the one that comes closest to the truth?”

I am not a scientist, let alone a physicist. I embrace a somewhat popular modern identity of being spiritual but not religious. More to the point, I am a creative, a Healing Artist (this is concept is more thoroughly explained ahead.) However, I am inspired by science and I find it useful in the process of building beliefs.

Beliefs are the structure we use to allow experience. Intentionally building that structure is key to living a freely expressed life. Accepting by default and without review socially imposed beliefs stunts experience. Therefore, I like to use science, as well as other schools of thought, to help me be me. I like to let me rule me. I trust myself to have my best interests at heart; who has a purer motivation?

The love that I feel for animals and nature outweighed anyone else&rsquo;s fear based beliefs about what is impossible to share with them. The love that Ami and I shared (indeed, share) broke down old beliefs because that love was too big for those constraints.

And so, I do look to science for inspiration, for a way to help me align intellectually with what I feel in my heart. You could say I dabble in consuming the works of quantum physicists to the degree to which I’m able to digest them. Quantum physics sparks in me a drive for metaphysical exploration. To me, these two are complimentary.

For example, my understanding of quantum entanglement leads directly into the feeling of my practice of telepathy. [2]Quantum entanglement is when two particles act together in an entangled system. This means that they behave like one object even though they are physically apart. It suggests that space is just the construct that gives the illusion that there are separate objects. Fascinating! As an artist I am inspired to hear in quantum entanglement that separation of any kind is an illusion. Therefore, it is easy to receive information from “another&rdquo; because the “other&rdquo; is actually One with myself. Telepathic communication is a natural state of exchange. Energetic unity is more pure than verbal communication.

“I would like it if you could help more humans understand that they can turn on this communication. Mother Earth will be healthier when humans learn this.&rdquo; &ndash; Nalu, the cat.

Telepathy is our – as in, us humans – first language. Parents and babies communicate telepathically. If asked, most parents would rationalize their understanding of their baby by assuming that they have memorized facial expressions or tones and patterns of cries. This rationalization is prompted by an unexamined externally imposed belief about what is possible.

It is true that a baby’s brain begins learning verbal language at every step. However, telepathy, a more subtle method of communication, is the basis for the exchange of information between baby and parent. As verbal and physical communication is emphasized, the child de-emphasizes telepathic communication in favor of adapting to the family and social group. After all, as children, we are dependent upon our relationships with others for survival. In short, we humans “forget” that we communicate telepathically.

Another time we experience heightened telepathic ability is when we are in the early stages of a romantic love relationship. As with your newborn, your intention is dialed into understanding your new partner. While it may be an exhilarating time, the beginning of a relationship leaves you feeling vulnerable and scared. Mating, like parenting, triggers primal responses. In a new romantic relationship, there is a palpable urgency to understand one another so as to hasten the completion or dissolution of the bond. “We finish each others’ sentences!” is a classic milestone for a new relationship. In both situations of either parenting or partnering, people may not be aware that they&rsquo;re communicating telepathically, but the need to understand is so prioritized that the subtle ability functions without their conscious awareness.

Birth, love and death: these life experiences that are so impactful that they can effect existential questioning. I am grateful to my sweet Aramis for using his departure to crack me open to experience more of my own truth.

When a person is experiencing a period of higher than normal function of telepathy, the biggest threat to the flow is fear. A mother&rsquo;s worry about her sick child causes her to feel helpless and disconnected from understanding what her baby needs. A partner fearing that his new relationship may fall apart drives him into a state of panic and projection. Fear takes a sharp turn away from trust and love. Love is the frequency upon which true connection travels.

Patricia Aaron Carr is a professional Animal & Nature Communicator, as well as a Healing Artist practicing Mediumship and Energy Healing. Click here to learn about the online course, Animal Communication 101, in which you will learn about how to telepathically communicate with animals and elements of nature and to open your Extra Sensory Perception.

More on the Blog

A limiting, or negatively impacting, belief is created from an unconscious urge to keep you safe or to help you survive. Therefore, when a limiting belief is threatened by conscious awareness, it fights back! It wants to survive, that is its whole job.

Ahhhh, the beginning of a new romantic relationship! The thrill of all of the new sensations, the new connection, the physical excitement – UM, NO THANK YOU!