I don’t know how to relate the word vacuum to the instant that the air is sucked out of the world, but I am familiar with the feeling. Organically, I have learned the mechanism.

If you’ve never experienced a tornado, you may not know that there is a moment of stillness. There is wind, rain, dark clouds blocking the light and a frenetic dance party of nature. But before the tornado actually begins, just after you see the funnel cloud forming in the sky, there is a vacuum that creates eerie stillness. It’s only eerie when you’ve learned what will happen next. The first time or two, until you have learned by that primitive method of learning called trial and error, you may experience the stillness as its original, unadulterated function. There are no learned associations or connotations. There are no dark clouds blocking the light offered by stillness.

Having stillness in its right place, it is a provider of peace. Does it feel like the peace of God? Do you listen for the still, small voice?

As a six-year-old Texan, I have learned to caution at the stillness. The silence is a warning siren. God is holding his breath at the apex after an inhale and this grace is your chance to take cover.

By age eight, I had learned what adults call irony. Maybe it is the literal learner in me, but I find that humans mirroring nature is un-ironic. It is our arrogance that fascinates at the similarities between human beings and other animal species. It is the misinformation of what dominion means that lends to the arrogance that first denies that we are nature.

“The only thing is, hugging is a human behavior, not a dog behavior.”

Oh really, Javier? So, dogs don’t use their fore legs to move things closer to their bodies? Or perhaps, dogs do not desire to be physically close to their human family members? My bad, I’m taking your statement too literally. I’m supposed to infer your very important point that we are morons for enjoying the dog and human video.

But we are nature. The irony is that we forget that fact. Dogs hug humans. Daddies can be tornadoes.

By age eight, nature had taught me that when vacuum sucks the air out of the world, the stillness is the warning siren. The grace is there for you to take cover. Grab who you can in this brief moment, bring them with you into the closest make-shift foxhole. Try to run far if you can, because this storm happens inside.

My father, Daddy, if you will, was not so literal as am I. In both learning and behaving, I am more direct and literal, and Daddy was more inferential. He took in information, gave it his own meaning and embodied it as an internal weather system. Daddy’s barometer was not public facing.

As nature is ever seeking balance, my mother’s qualities of being literal must have been like magnet to steel attracting these two together to create home and humans.

The ingredients for calm and combustion are the same. The product depends on your measurements. Stillness can be the result of balance or it can be the tipping point between the extremes in a rollercoaster ride.

In Texas, there are many storms that never result in a tornado, so it is foolish to fear the rain alone. Even when there is thunder and lightning, the outcome may be just a little commotion. So just try to stay dry until or unless the silent siren un-sounds.

By age eight, nature had conditioned me for the storms that occurred inside our home. The metaphors would be intolerable were it not for the fact that this is literally true. Sometimes, the Universe is a hack writer, don’t you think?

Inside, it rains consistently as Daddy drinking. On occasion, there is commotion; a discussion that an eight-year-old cannot map. Nothing happens during the commotion besides Mama very directly speaking her mind and Daddy responding to some of her comments with cutting insults. Daddy’s tone is moderate. He doesn’t raise his voice much.

The first, single second that vacuum sucks the air out of the world, I wonder if this is the storm ending. Is Daddy turning to walk away or to cock back his fist? Will Mama stop, or will she say one more thing to tip over the momentum? Will I stay tucked in my bed, or will an older sister scoop me out and put me in a car? Will there be the thunderous sound of a gun this time?

All these years later, I have reclaimed stillness. Having passed three years ago, so has Daddy. Mama? Well, I’m not sure. That is her work as my stillness is my own.

More From the Blog

What if the “What Ifs?” are changing What Is?

What if the “What Ifs?” are changing What Is? It is your gentle, kind, curious, patient, self-loving, playful, hopeful, and easy contemplation that is precisely what is shaping your reality into your preferred reality. This is a simple and accurate truth about how...

Religion is an Outdated Spiritual Technology

Religion has been on a steady decline for over a century. Its ability to facilitate actual spiritual development in humans has been aging out as the times move forward. With the Information Age, this decline expedited as individuals had more access to knowledge,... 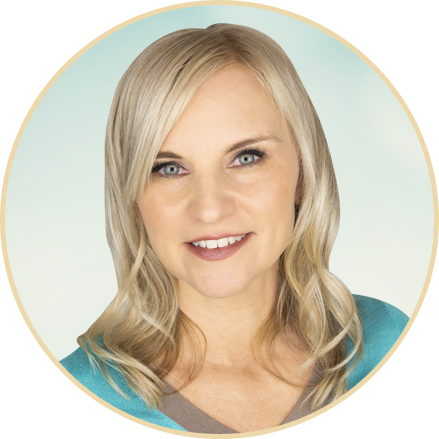 Tricia takes your calls for LIVE readings every Sunday morning at 11am Pacific, on topics of spirituality, magic & metaphysics. Our show also features different experts on various spiritual topics and offers advice on how to expand your own spirituality.