All upcoming classes are offered online and in Los Angeles. 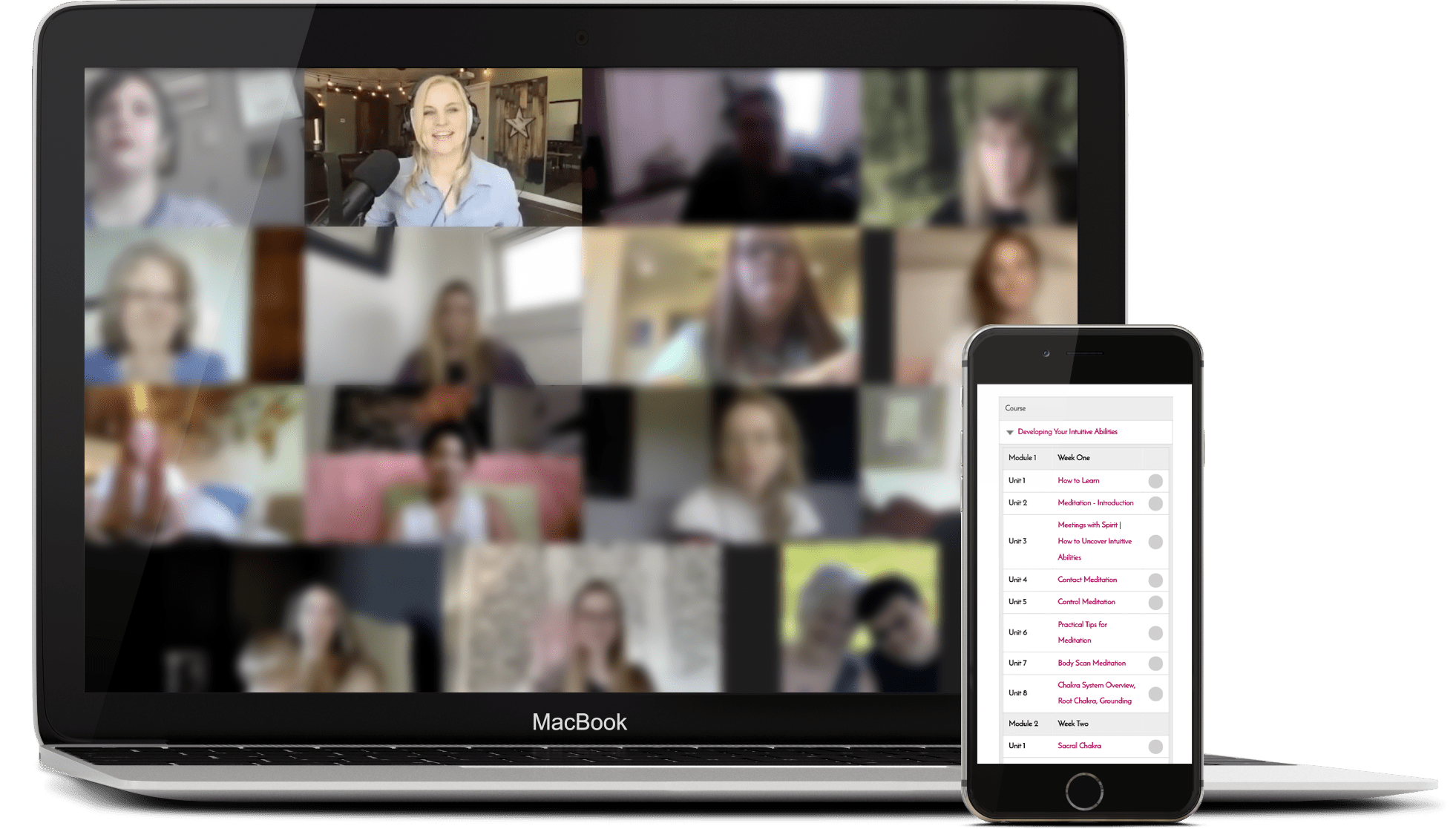 See class descriptions below to drop in. To become a member of the Mystic Arts Academy for all of the monthly benefits…

(This is not a Mystic Arts Academy program). The ground-breaking Intuitive Intensive, 8-week program starts soon! Register by 1/7/22 to receive over $100 discount. This is the cornerstone of Lightshine Spiritual Academy: designed to blast open your psychic abilities! Read more…

Animal Communication is a comprehensive program that teaches step-by-step the spiritual skill of direct communication with animals and nature.

Meet & Work With Your Elemental Guides

Working with your nature elemental guides can greatly enhance your creative powers as well as deepen your connection to a life of bliss.

Turn your highly empathic nature into the superpower it is meant to be! Click below to read about the on-demand class.

Meditation – The Sacred Portal to the Soul

The devotional practice of meditation serves as the cornerstone to a spiritually focused life. Expand your unique relationship with your inner being and the Universe.

Foster a stronger relationship with Archangels and experience a greater activation of Universal Laws.

A mini-course suitable for beginners interested in exploring communicating and energy healing with their own animal family members.

Tricia is Dumbledore, or a unicorn, or Yoda. She’s very magical.

Tricia is a wonderfully talented, insightful, loving and professional intuitive coach and teacher. She is articulate and easy to speak with. I truly enjoy learning from her!

Tricia has an amazing ability to explain the most complex aspects of the universe & make it so easy to understand. I enjoyed my session with her immensely. She provided me with clear intuitive guidance & I’m so grateful to have had the opportunity to connect with her. I highly recommend her services & classes.

I just wanted to tell you that you have such a talent for explaining complex, esoteric concepts in a way that is understandable and relatable. As with the AA Michael class, there are so many “full circle” moments and continued unfoldings of the teachings, and I know there are more to come! I realized I was being tuned prior to the class after you mentioned the concept of “tuning”, and have since been noticing repeated ideas and concepts that were covered in the class….even just the next day! During the activations, I also felt strong energies I had never felt before.