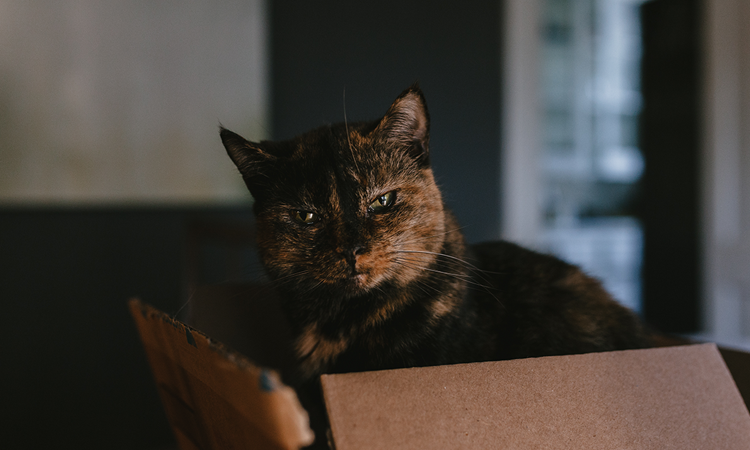 The following is an excerpt from the forthcoming book:
Animals Are Whos Too:
What Animals Teach Me about Life, Love and the Universe
By Patricia Aaron Carr

This is what the veterinarian told me when I asked about my sweet Aramis, my cat of almost 16 years. Aramis, whom I often called “Ami” [AH-mee] for short, had been failing in health for a few months.

“How long am I supposed to let him suffer?”

“How can that be the answer? That’s not scientific. You’re a doctor, how can that be your answer?” These words came forth more as despair than challenge.

I was in pain. I knew that I was going to have to say goodbye to my Ami, but what my heart could hardly tolerate was his suffering. Aramis’ dying seemed more painful for me than his death could possibly be. The veterinarian empathized with silence and presence. I appreciated her care and silently returned empathy for the fact that she has a life dedicated to countless moments just like this one.

The decline of Aramis’ health had accelerated in the recent weeks and days. However, we were at a screaming stand still of suffering. He was eating and drinking – although not a lot, and moving around also, not a lot. These are the indicators that we, animal caregivers, are told will be the harbingers that it is time. Time to make that decision that we make. It is a Sophie’s choice kind of responsibility. Our hearts can hardly tolerate too soon or too late.

In addition to this veterinarian, I had heard “He’ll let you know” from my second and third opinion veterinarians and from holistic pet store employees. I stood at the counter of the pet store after a kindhearted, 20-something employee had helped me to find a food supplement that intended to help Aramis to put on some weight. At check out, I broke down into tears and asked this sweet clerk, “Am I supposed to just watch him starve to death?” His colleague approached in a show of support but they were both at a loss as to how to respond. They advised me to come the next morning to ask the storeowner.

As it turned out, Aramis did let me know. I had spent the night waking every half hour to check on him. At one point, I found him crumpled in an unusual position on the bathroom tile a couple of feet away from his litter box. As I reached for him, my wish was that this was his last moment. I hoped that I would cradle him in my arms and as we made eye contact, he would peacefully pass. His suffering would be over and I would not have had to make the choice. That did not happen. I cradled Ami for a few minutes, feeling his warm emaciated body. Then, I placed him on the bath mat and pulled down some towels for me to lie next to him.

The next day, he was still barely eating and drinking and barely moving.
“Is it now? I can’t tell!”

About midday, once again, I cradled Aramis in my arms, this time to feed him some water with a syringe. As weak as he was, Aramis shook his head hard, rejecting my offer. Then, he looked into my face. His pupils were extremely dilated and his vision was poor due to a brain lesion. However, Ami gave me the look I had silently begged for the night before.

Click here to continue reading the next excerpt of the book.

Patricia Aaron Carr is a professional Animal & Nature Communicator, as well as a Healing Artist practicing Mediumship and Energy Healing. Click here to learn about the online course, Animal Communication 101, in which you will learn about how to telepathically communicate with animals and elements of nature and to open your Extra Sensory Perception.

More on the Blog

A limiting, or negatively impacting, belief is created from an unconscious urge to keep you safe or to help you survive. Therefore, when a limiting belief is threatened by conscious awareness, it fights back! It wants to survive, that is its whole job.

Ahhhh, the beginning of a new romantic relationship! The thrill of all of the new sensations, the new connection, the physical excitement – UM, NO THANK YOU!